The Northern Peninsula Airport (ABM) is located on Airport Rd, South East of the Bamaga community.

The NPA is accessible all year round, with flights by Regional Express (REX) and SkyTrans.

Any enquiries regarding air services, including bookings and schedules, can be directed to NPARC's Bamaga office on (07) 4090 4120.

The airstrip is also used for local charters from Weipa, Horn Island and the Torres Strait as well as by the Royal Flying Doctor Service and periodically by the Royal Australian Air Force. Bamaga Airport was created late 1942, in WWII as a substitute base for bomber planes, replacing the Horn Island Airport which was receiving heavy Japanese fire and rapidly deteriorating due to flooding.

Initially known to the Americans as 'Red Island Point', and as 'Jacky Jacky' to the Australians, it was later renamed to 'Higgins Field', in honour of Flight Lieutenant Brian Hartley Higgins 400620, RAAF, killed in air operations, May 1943.

There are two aircraft wrecks located near the airport, a Beaufort A9-190 Bomber lies North of the runway and a Douglas DC-3, VH-CXD now preserved as a war memorial can be found 3km North-West. 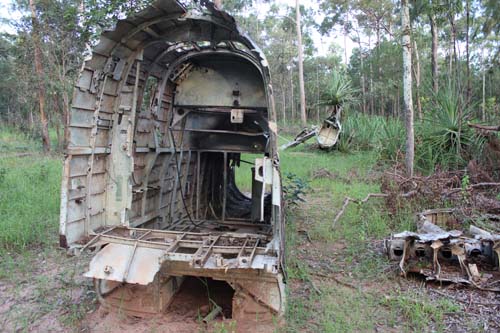 Northern Peninsula Area Regional Council has engaged Aviation Projects to prepare a Master Plan for Northern Peninsula Airport, and is seeking feedback and ideas so that we can continue to provide facilities and services that meet the needs of the community and airport users.